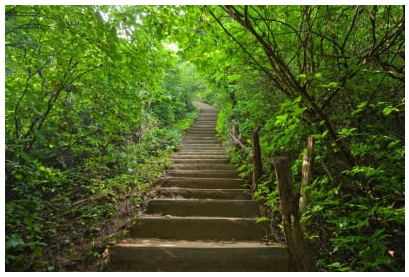 In my psychotherapy practice, as well as my own parenting experience, I’ve noticed a common yet difficult-to-articulate mental health concern among mothers. In my office, mothers of young children describe their exhaustion, feelings of deep depletion and overwhelm not due to physical, intellectual or emotional fatigue. These mothers yearn for a reprieve — not necessarily from their work, but from intentional effort. They seek more inward-facing, restorative moments to stop and reflect. I call this type of moment:

Neuroreflection is simply internal processing time, similar to daydreaming. It exists when no output is required — no reacting or strategizing, no interaction, no goal — and is a vital component of the brain’s healthy functioning. After relentless tasking, the brain often needs to shift inward to digest the experiences of the day.

Mothers are a prime example of those who experience a deficit of neuroreflective time. Taking care of young children requires a mental stamina, presence, and reactive effort that challenges the most energetic person. Too often, the “breaks” from attending to children’s needs (such as when they nap) become filled with work that requires similar outward focus and concentration, rather than opportunities for sitting still or zoning out. This further adds to the insufficiency of reflective time.

To take a a Neuroreflective Pause is to step back from focused attention, to consciously allow the mind to wander, without being required to react or remain present, to anything.

I believe this conscious “off” time is as important as sleep. Without it, we are more prone to react with anger and frustration, feel more irritability and depression, and experience anxiety, insomnia, and physical illness.

So much of childcare is about outward duties and monitoring. Letting the mind become lost in thought even for a few seconds can feel unproductive, lazy, or even dangerous. But it wasn’t always this way. Long before parenting was as isolating as it is now, mothers had community members nearby, helping each other with the chores of attentive childrearing, so that the mother herself could steal moments to process and reflect.

Research has shown that allowing the mind to wander like this improves many brain functions, including maximizing creativity. In a study investigating mindfulness and creativity at the University of California, Santa Barbara, researchers determined that people come up with their most insightful ideas while performing “an undemanding task that encourages mind wandering.”

We have learned that the greatest “aha” moments — those puzzle-solving moments of knowledge synthesis — come about when the mind is not required to focus.

Unfortunately, our current ideals of parenting disallow such neuroreflection. We parent alone much of the time, placing the responsibility of children’s needs and safety onto one person, a person who is continuously “on,” and who does not often have the luxury to allow her mind an inward break.

Additionally, reflective time in motherhood is seen as selfish. A mother’s outward productivity, and the pressure to show evidence of such productivity, is what we praise as a “good mother.”

Acknowledging that mothers’ brains require not just breaks from childcare, but breaks from any care, is the way to properly address this mental health need. 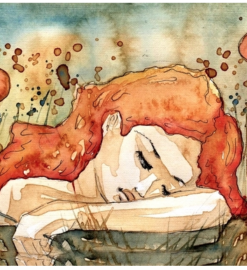 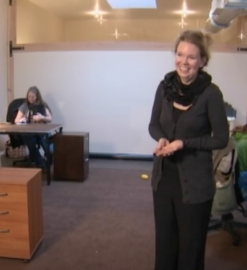 Motherfields: A shared workspace for mothers 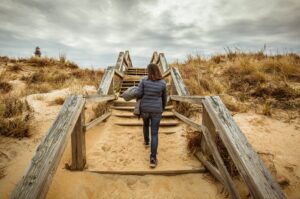